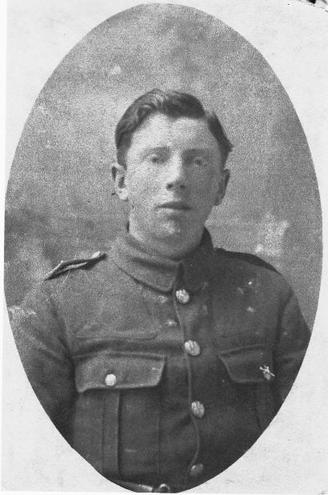 Edward Stanley Pluck was born at Church Street in Thriplow in 1896. His parents were Frederick and Rachel. In later years, his family lived in Newton. In 1914 the First World War began. Aged about 19, Edward was instructed to join the 11th Battalion of the Suffolk Regiment. Here he is, in training with his pals. 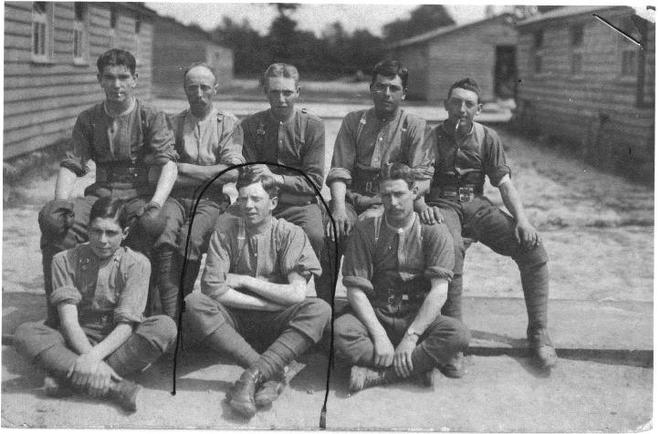 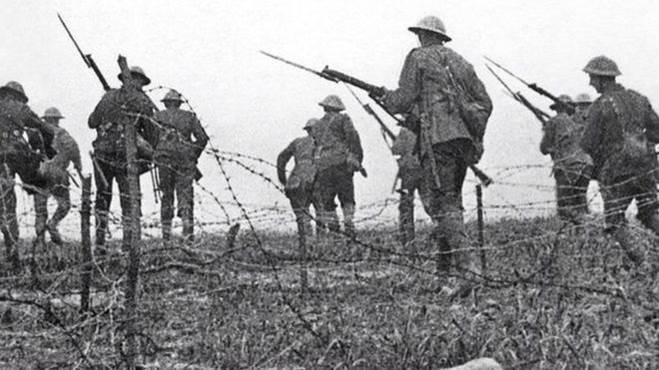 On July 1st 1916, Edward went into action at the beginning of the Battle of the Somme. Thousands of men were killed or injured. Edward's arm was broken by shrapnel.

Edward was one of those lucky enough to 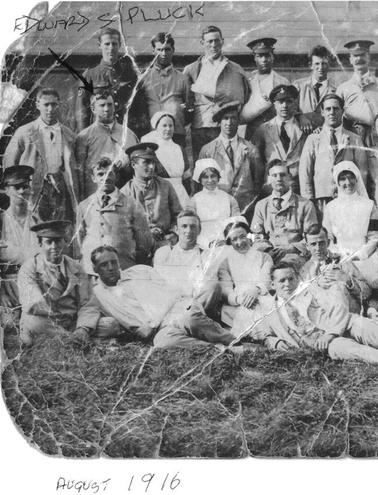 survive. Here he is just after the battle, with his arm bandaged. He received treatment in France and England. He had to stay in hospitals in Huddersfield and Halifax for  months 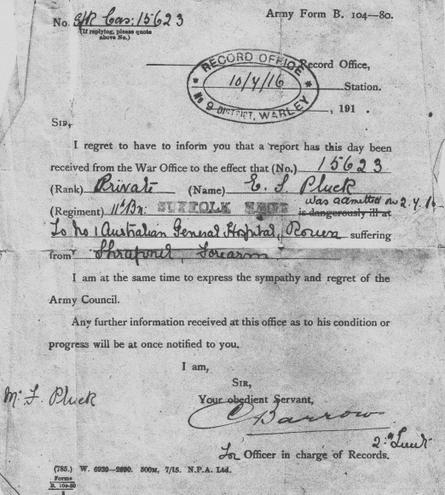 The Army decided that Edward was too badly injured to return to duty. He was discharged  in July 1917.

After the war, Edward was awarded these medals to thank him for his bravery. 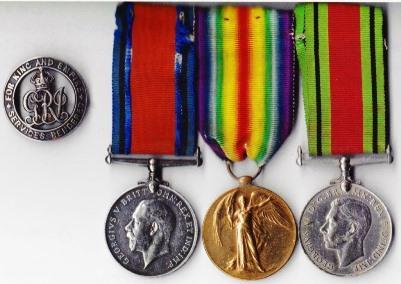 The silver medal was awarded to all men who had been wounded and returned home. The medal on the right shows that Edward also helped during the Second World War

This picture shows the war memorial in Newton being dedicated in November 1920. The whole village was present, probably including Edward. In the picture are Rev. Colebrook, Mr William Hurrell, and Sir Charles Walston (whose great-grandson still owns Thriplow farm) 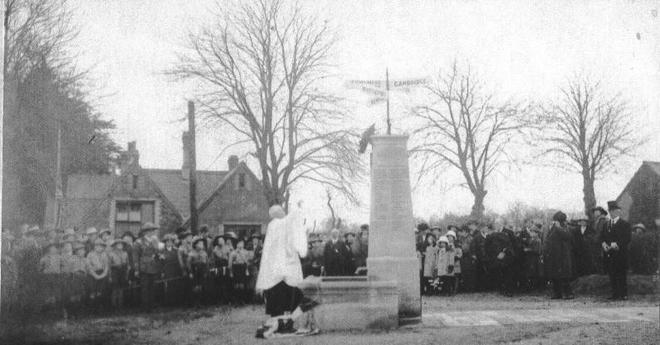 Unlike so many of the men from our villages, Edward survived the war. He married his wife Hilda in 1927 at St Margaret’s church in Newton, and that is where they set up home. Their sons still live there. Edward died in January 1970. He is buried in the churchyard in Newton.

But neither Edward nor his friends are forgotten.